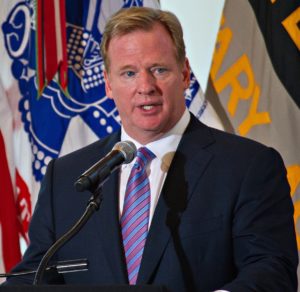 National Football League (NFL) Commissioner Roger Goodell delivers remarks during an event at the U.S. Military Academy at West Point, N.Y., launching an initiative between the Army and the NFL to work to raise awareness about traumatic brain injury Aug. 30, 2012.